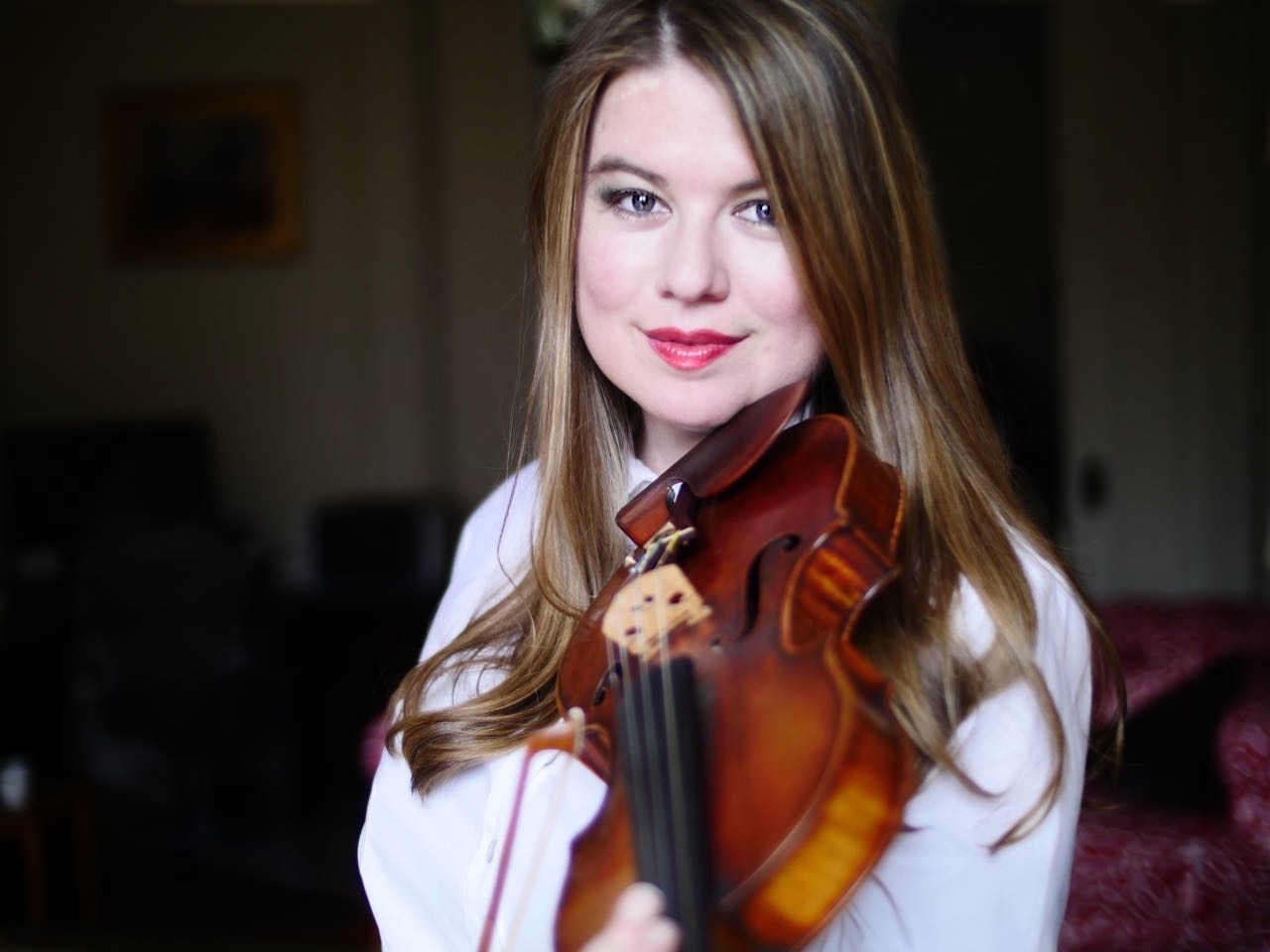 Celebrating our 70th continuous year of presenting great symphonic music, fanfares signal the start of a new era!  What better way than to start each concert with a fanfare?  We begin this season with a new work, composed by composer James Stephenson.  Stephenson’s music is enjoying popularity among orchestras and bands alike, especially as he features lyrical melodies for solo instrumentalists.  Fanfare for Democracy was first performed by The United States Marine band at President Biden’s inauguration, then after orchestrated for symphony orchestra, opened the July 4th concert presented by The Boston Pops Orchestra.  A compelling combination of ceremonial signaling with lyrical melodies searching for harmony and peace, this opening fanfare is a most appropriate signal!

Ernest Korngold’s violin concerto is a classic, a charming piece that is at once accessible and reminiscent of the best of movie themes.  No direct quotes but his harmonies and sweeping melodies could have been set to the best cinemas of the post war epics. Who could have a better launch of a new era than by having Jascha Heifetz premiere your concerto? From an early age, our featured artist Lara St. John has traveled the world, starting that journey at the tender age of four she began travels from her homeland of Ontario, to study with renown violin masters from Cleveland to New York, Philadelphia, onto Moscow returning to Ontario.  As a result of winning the Canada Council Stradivarius Prize, she won the honor of playing the 1779 Salabue Guadagnini violin, a two-year prize that became a permanent possession.

Our concert concludes with a beloved lighthearted classic by Richard Strauss, the suite from the comic opera, Der Rosenkavalier Suite. Quite the contrast from Also sprach Zarathustra, these themes include puzzling settings of deception, lust, and tomfoolery, all set to magnificent waltzes and duets. While the opera continues to enjoy popularity in Europe, this orchestral suite is most popular in America.

Canadian-born violinist Lara St. John has been described as “something of a phenomenon” by The Strad and a “high-powered soloist” by The New York Times.

Lara manages her own label, Ancalagon, which she founded in 1999. Her Mozart recording won a Juno Award in 2011. In 2014, her Schubert album was chosen as one of “the best CDs of spring” by Der Tagsesspiegel. Her 2016 album of reimagined folk music earned a five-star review from All About Jazz.

Lara has been featured in People, US News and World Report, NPR’s All Things Considered, CNN, the CBC, the BBC, a Bravo! special and twice on the cover of Strings magazine. In 2021 she was invested with the Order of Canada, for service to society and innovations that “ignite our imaginations.”

Lara began playing the violin when she was two, made her first appearance as soloist with orchestra at age four, and her European debut at 10. She entered the Curtis Institute at 13.

Lara owns and performs on the 1779 “Ex-Salubue” Guadagnini.