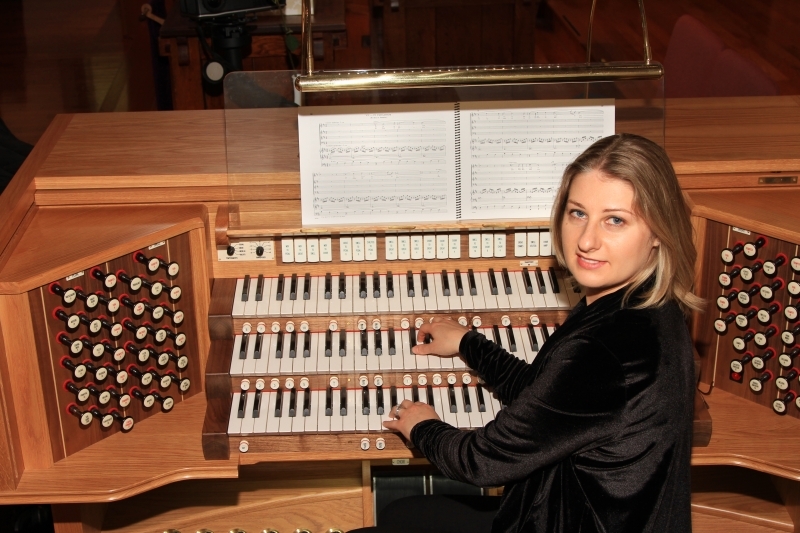 The pipe organ is often called “The King of Instruments” as it embodies a full complement of orchestral sounds. More often heard in churches throughout the land, the organ also doubled in theaters as a prelude to movies.  Beaumont’s Jefferson Theatre was the last of such “Theatre Organs” frequently played before movies and sometimes accompanying silent films.  Sadly, the Julie Rogers Theatre was built without “the king” due to the onerous task and expense of upkeep. To the rescue, the age of technology, we have an electronic instrument that enables SOST to perform such grand works as we’ll hear: The Poulenc Organ Concerto as well as Camille Saint-Saen’s Third Symphony, commonly known as the Organ Symphony.

Francis Poulenc was a novice at writing for organ, yet a commission, followed by a spiritual journey, served as the inspiration for his first such work. To do so, he studied the famous organ works of JS Bach and Dietrich Buxtehude to learn the form of such compositions as well as guidance from famed organist Maurice Duraflé to learn the colorful capabilities of the instrument.

Saint-Saens’ symphony no. 3 is also known as his organ symphony, as it treats the pipe organ like a concerto soloist. The themes from the final movement are frequently used in films such as Babe, Babe: Pig in the City, and originally in Impressions of France-also heard at EPCOT in Disney World.

Live Stream option will also be available for the 7:30pm performance.

Katya Gotsdiner-McMahan, born in Russia, holds undergraduate and graduate degrees in organ and musicology from the Moscow Conservatory, including Doctor of Musical Arts degree in organ performance, Ph.D. in musicology, and a Master of Music degree in church music with organ emphasis from the University of Kansas.

She has performed at concert halls and churches in Moscow and throughout Russia, as well as in Austria, Italy, The Netherlands and the United States. She has been featured on Russian state radio and television, including a performance with the Russian National Symphony Orchestra, and has performed and lectured about Russian organ music at the University of California Los Angeles, the University of Kansas, and in Amsterdam. In June 2014 her lecture was featured at the National Convention of the American Guild of Organists in Boston.

Currently, she is an Assistant Director of Music and Organist at the Trinity United Methodist Church in Beaumont, Texas. You can view the traditional worship with choir and organ each Sunday at 10:30 am (CST) live on KFDM Channel 6.