We are opening the season with two celebrated masterpieces in the symphonic repertoire. Philippe Bianconi will be sharing the stage with our Symphony of Southeast Texas on the Concerto No. 5 by Ludwig van Beethoven. Philippe has played with the SOST and in the community on numerous occasions, always leaving the audience thrilled by his performances. This Fifth Piano Concerto of Beethoven was a work ahead of its time on so many levels, melodically, and musically changing the structure of the Classical concerto. This is Beethoven at his most beautiful, original and virtuosic style.

Following intermission, we will embark on a musical journey through Russia. Shostakovich’s Symphony No. 5 was a controversial work that won over audiences and critics alike after its premiere. The piece is controversial in that it differed from past symphonic formats that were expected of Russian composers, yet its humor and statements made political commentary that were not immediately recognizable. The first time that I heard this piece was when I was a student at the Eastern Music Festival. I immediately fell in love with the themes and the power of the music. It is a work that showcases our musician’s artistry. We will take you on a musical journey filled with drama, passion; see how the power of music shaped thoughts and history in the Soviet Union in the early 20th century. 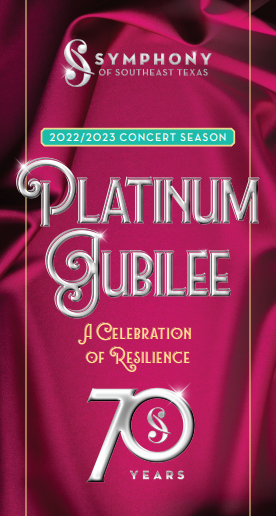